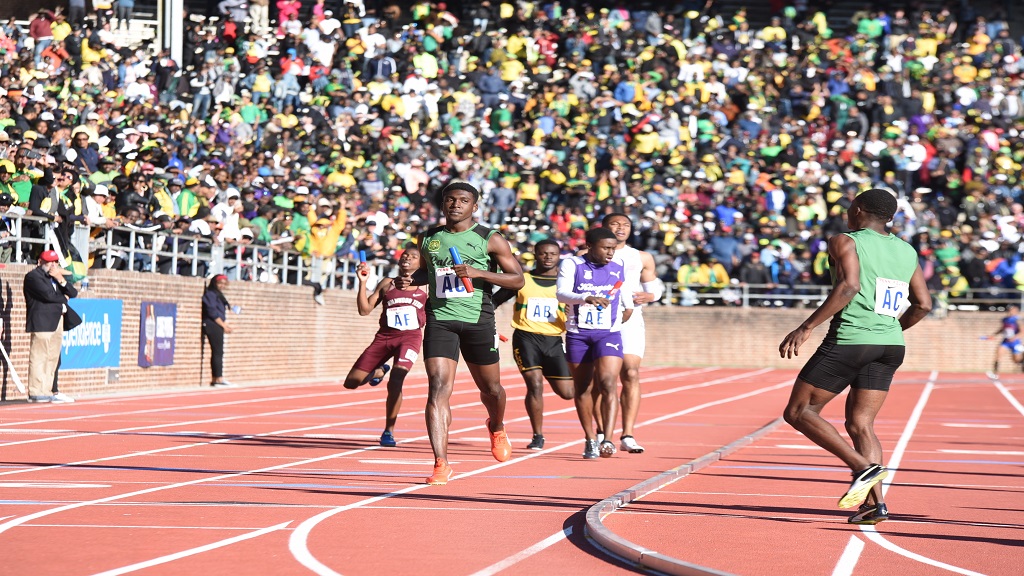 Jamaica's high school athletes competing at the 2019 Penn Relays at the University of Pennsylvania.

The 2020 Penn Relays, which was scheduled for April 23-25 at the University of Pennsylvania in the United States, has been canceled due to the evolving coronavirus public health threat.

The announcement was made through a press release issued by the Division of Recreation and Intercollegiate Athletics at the University of Pennsylvania.

And the announcement came six days after the Government of Jamaica had advised schools that normally participate in the annual Penn Relays in the United States not to send teams to this year’s event.

The Penn Relays, which has been contested uninterrupted since 1895, celebrated its 125th consecutive running last year. In its place, Penn will endeavor to host a substitute track meet at a later date in late May or early June.

"Based on the current novel coronavirus pandemic, we cannot host an event in late April without putting our participants, spectators, officials, volunteers, and staff at risk," said Dr M. Grace Calhoun, the T. Gibbs Kane, Jr. W'69 Director of Recreation and Intercollegiate Athletics at the University of Pennsylvania.

"We remain hopeful that the recent measures put in place by many health organisations, government officials, and academic institutions will curtail the spread of this disease. The University of Pennsylvania has hosted the Penn Relays for 125 consecutive years through the World Wars and other world-wide health issues. This spirit of perseverance and resiliency will continue as we plan for a track meet later in the year when the health and safety of our community is more certain."

The scope of the track meet will not be the standard Penn Relays format. The three-day event will shorten into a one-day event designed to provide the opportunity for youth, high school, and open runners to persevere and enjoy a competitive and festive atmosphere that they might have missed this spring.

"No one associated with the Penn Relays has ever wanted to see a cancellation," said Dave Johnson, the Frank Dolson Director of the Penn Relays. "While participating in the meet as an athlete, coach or official remains a bucket list goal for many, the event has long served as an annual homecoming for families, friends, teams and social groups. Without the Penn Relays, springtime in Philadelphia will not be the same. We will be back for the 2021 Penn Relays on April 22 through 24 at Franklin Field, when we hope to see brighter days and be reunited with Penn Relays family."

For most people, the new coronavirus causes only mild or moderate symptoms, such as fever and cough. For some, especially older adults and people with existing health problems, it can cause more severe illness, including pneumonia.

The worldwide outbreak has sickened more than 175,000 people and left more than 6,700 people dead. In the United States, there have been more than 4,000 confirmed cases and scores of deaths.