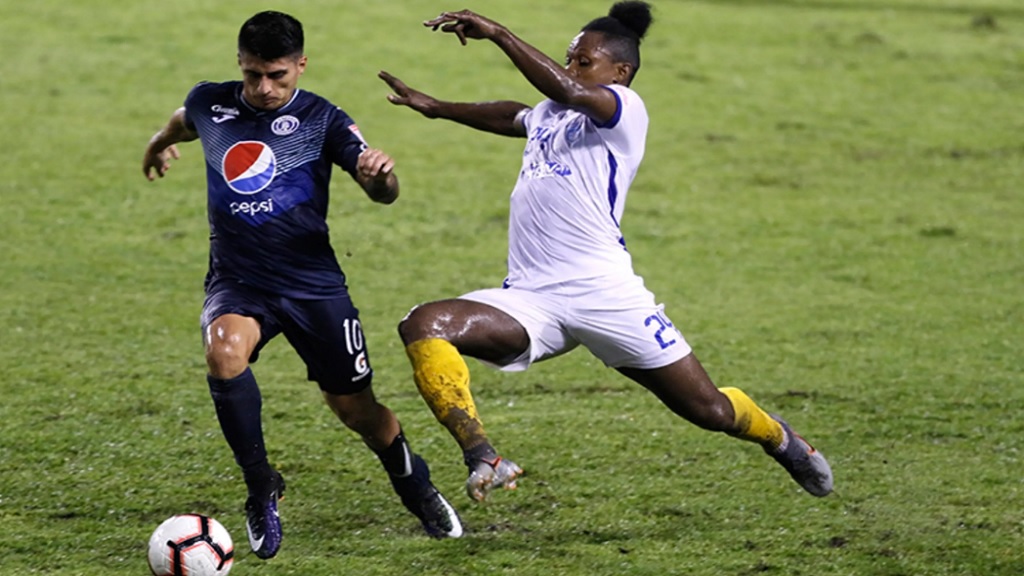 Matias Galvaliz of FC Motagua (at left) and Mark Miller of Waterhouse FC of Jamaica battle for the possession of the ball in the quarterfinal second leg of the Scotiabank Concacaf League on October 2, 2019, at the Estadio Olimpico Metropolitano in San Pedro Sula, Honduras.

The official draw will be conducted on Monday, September 21 from Miami, FL.

In total, 22 clubs will participate in the 2020 Scotiabank Concacaf League. The clubs qualified for the Preliminary Round and Round of 16 are:

As announced on August 7, the competition is scheduled to kick off with the Preliminary Round on October 20 and will culminate with the second leg of the Final on January 28, 2021.

In order to fit the competition into this new schedule, the Preliminary Round and Round of 16 will be played as single game ties at the highest ranked club’s stadium. All other rounds will be played as two game ties (home and away). The complete schedule is as follows:

Waterhouse hoping to get into Concacaf Champions League