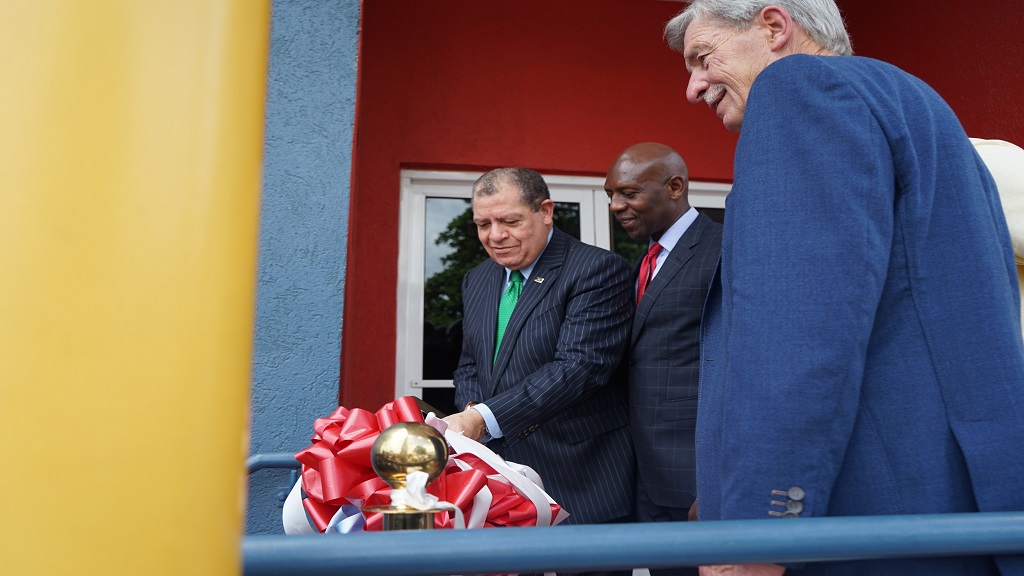 Industry and Commerce Minister Audley Shaw (left) cuts the ribbon to officially launch Paramount Trading's new lubricants plant. Sharing in the moment is Paramount's CEO Hugh Graham and Jim Kudis CEO of Allegheny, a US-company that partnered with Paramount for the venture.

Paramount Jamaica Limited's $600 million in investment in its lubricant plant has secured jobs for 100 full-time employees and a further 100 indirectly, as the entity looks to help to grow the Jamaican economy.

The company is expected to import the raw materials and manufacture 90 per cent of the lubricants that it will distribute on the local market in conjunction with US-based Allegheny Petroleum Products Company.

The manufacturing plant was opened Tuesday morning at an official ceremony on Waltham Park Road in St Andrew, with representatives of Paramount and Allegheny stating their optimism about the impact the lubricants will make on the Jamaican and Caribbean markets.

Among the lubricants that will be manufactured at the plant are engine, hydraulic, gear, circulating, marine, transmission fluids, coolants and greases.

Speaking at the event, Paramount’s CEO Hugh Graham noted: “We are excited about this opportunity and our association with Allegheny. The relationship between both companies has been strong since the beginning. It is built on mutual trust and continues to grow.

“We are excited to build the ALTRA brand and provide products and services to the Jamaican market that are made locally. We strongly believe in the mantra, buy Jamaica, grow Jamaica and build Jamaica. I can confidently state that we are taking Paramount to new heights and we are more than capable of meeting the demands of our existing customers and are also in the market for new customers where we will provide first-world quality products and services to them."

For his part, CEO Jim Kudis said his position on the lubricant industry's ethics committee will ensure that Paramount Lubricants will be of the highest standards, while also being among the first with innovations. 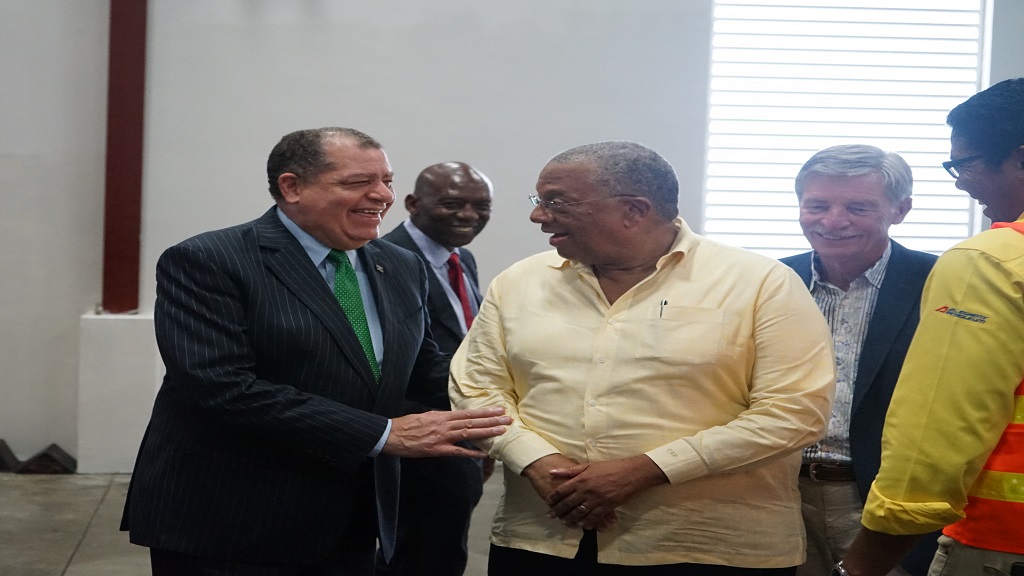 President of the Jamaica Manufacturers and Exporters Association, Richard Pandohie said the investment by Paramount will help to stimulate growth in the Jamaican economy, by employing by manufacturing.

He said that while the country has seen improvement in the economic status, the country needs investments like these to ensure that growth comes quicker.

Minister of Industry, Commerce, Agriculture and Fisheries, Audley Shaw went on to encourage more investments like Paramount's. He called on more of Jamaican small and medium entrepreneurs to get into the formal business sector.

According to Shaw, Paramount was able to garner funds from being a part of the Junior Stock Exchange, which is among the benefits of being in the formal business sector, as well as getting funds at lower interest rates.

Member of Parliament for East Central St Andrew and Opposition Leader, Dr Peter Phillips said the investment made by Paramount will enable the economy to achieve rates and levels of growth that the island needs.

He said that this is needed as while Jamaica has seen improvement in the economy, the island is still well below the debt to GDP international benchmark and needs to encourage enterprise and innovation to get to an acceptable level.