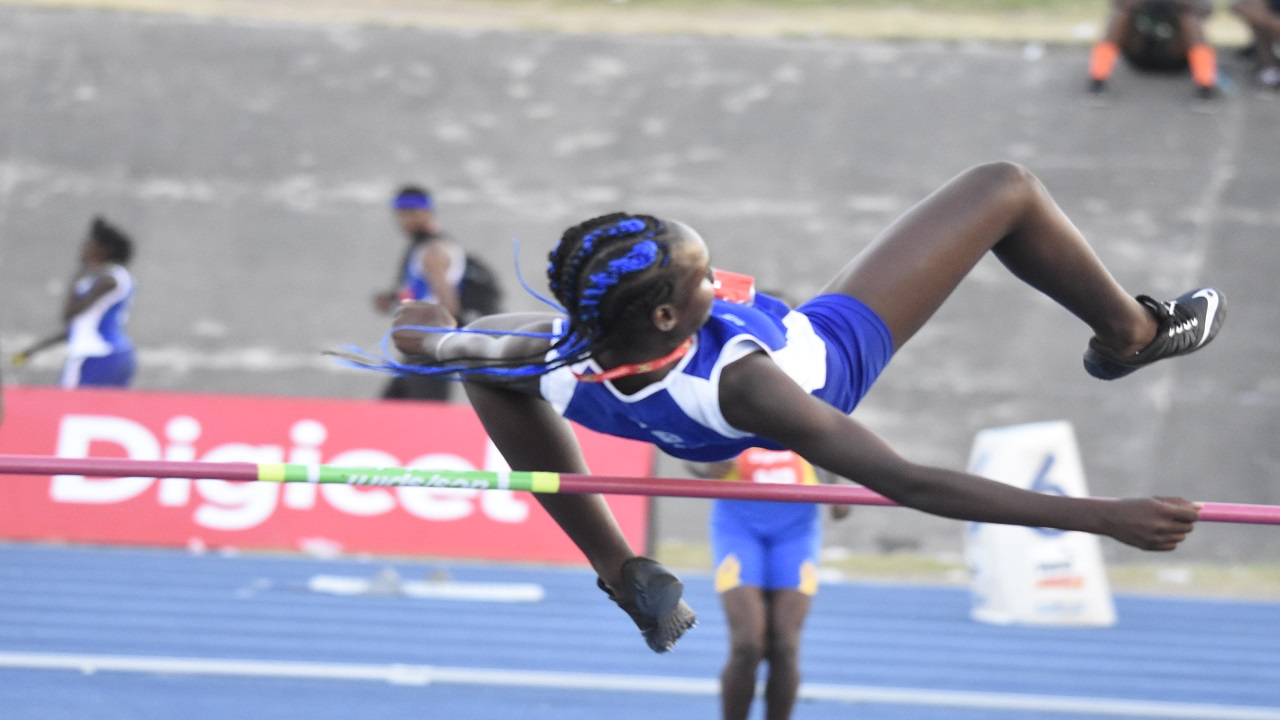 Buff Bay High School pair of Romaine Beckford and Jamara Scott accounted for the first two meet records of the 2018 Digicel Grand Prix Athletics Championship, as the fourth staging of the five-series development meet, for high schools, opened on Monday with the two-day Eastern Championships at the National Stadium.

Beckford send a strong message going into the Grand Prix Finale (the GC Foster Classics) on March 10  by breaking the Boys' Class 2 discus meet record with a throw of 45.64 metres in the final. His record breaking effort came 14 years after Nicolas Mendez set the previous mark of 45.00 metres.

As a result of the victory, Beckford took the only automatic qualifying spot in the age category from the Eastern Championships for the Grand Prix Finale as the Class 3 winner Gawain Montague of Titchfield High could only record 35.24 metres.

Scott's meet record came in the Girls' Class 3 high jump. She cleared 1.65 metres to erase the previous mark of 1.60 metre held jointly by Tashian Smith of Yallahs High School in 2005 and  Rushellee Jones, of Buff Bay in 2013.

All the Digicel Grand Prix discus automatic qualifying spots from Eastern Championships were decided on the opening day.

Dahlia Harris (31.78 metres) took the class one age category, while Nicole Campbell (31.63) of Buff Bay High qualified from the other age category (Class 2 and 3).

The other automatic qualifying spots for the remaining  Digicel Grand Prix events at Eastern Championships will be decided on Tuesday's second and final day.

Meanwhile, two other records were broken on the day, those coming in events that were not a part of the Digicel Grand Prix races.

The star performer of the day was Chadrick Bacchus of Port Antonio High, who dismantled the Class 3 Boys' 1500 metres.

After eight finals completed in the boys' section, Titchfield High are leading with 59 points, 12 clear of second-place Buff Bay High on 47 points.

And in the combined team score after 20 finals, Buff Bay High are ahead with 164.50 points after 20 finals,  a 24.50 lead over second-place and defending champions St Mary High with 140 points.

And the second of the four regional meets in the Digicel Grand Prix (Western Championships) will begin today (Tuesday) at the St Elizabeth Technical Sports Complex in Santa Cruz, starting at 9:30 am.

The championships will be held over three days. The second and third days will take place on Thursday and Saturday at the Montego Bay Sports Complex.

All the field events are scheduled to take place on today's first day.