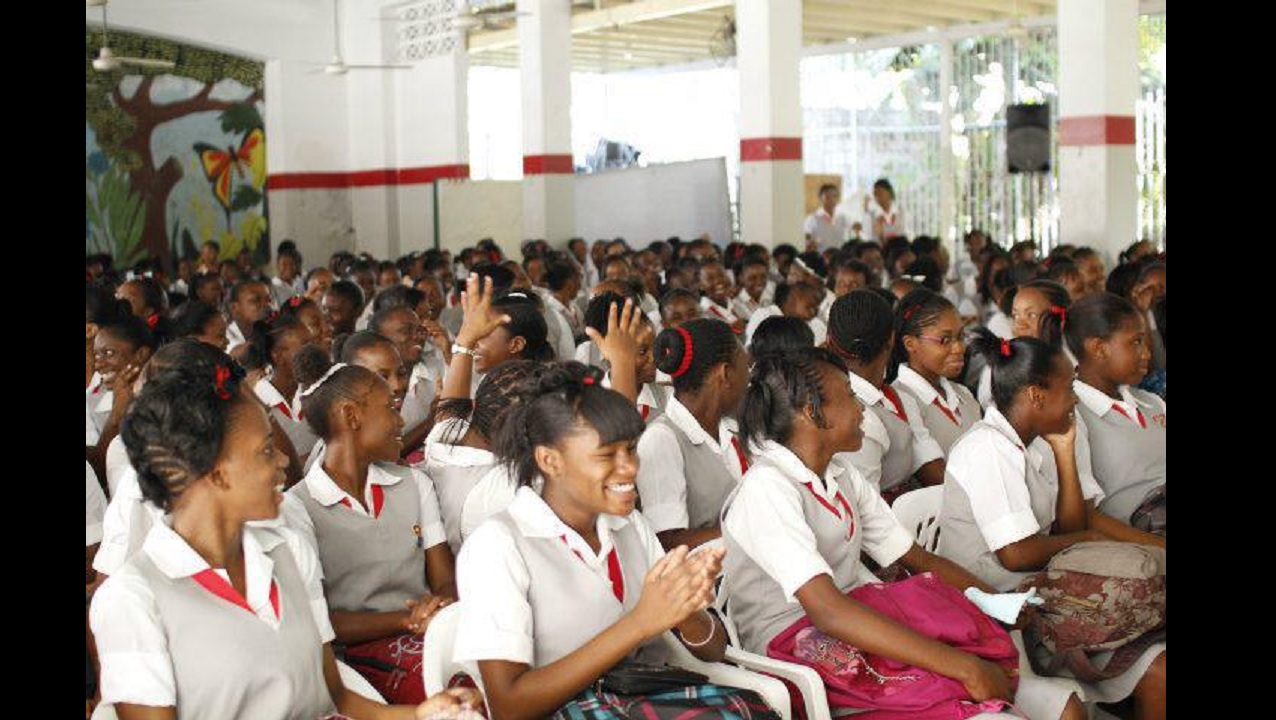 Queen's has produced some of Jamaica’s most accomplished women.

The all-girls Queen's School is among the most popular and accomplished institutions in the Corporate Area, despite being a relatively young 64-years-old.

Indeed, the St Andrew-based school has produced some of Jamaica’s most accomplished women - Lisa Hanna, Grace Jackson, Cherine Anderson and Helene Davis-Whyte to name a few.

It’s an environment, they say, that has also produced a lifetime of fond memories.

Here is a list of things that are recalled from the Queen's alumni community. This list won't apply to every former Queen’s student throughout the school's history. But, if you graduated in the last 15 years (or more), you're likely to identify with at least a few things on the list!

1. Mr Hubert Smith, affectionately called “Smitty” by the students, taught Mathematics and Accounts. He was a favourite among the students for his lively and engaging personality and EVERYONE wanted to be in his class.

2. Mr Paul Ennis (the all-rounder) served in capacity of Dean of Discipline and coach for the SCQ team. Another student favourite, he’s famously remembered for having a knack of doing catchy songs to make students remember lessons.

3. Students sang the chorus of the rap song “Miss Jackson” every Tuesday morning in devotion for then Vice Principal, Mrs Carole Jackson.

4. Reverend Poinsett was a very well-known character of the school and is known for her many unique personalities.

6. A black skirt and white shirt is worn as a sign of punishment. So, if you committed an offence, the whole school would know.

7. The School Song, Lord of Our Hopefulness, is also used as a hymnal for Death Announcements on TVJ.

9. Virtue et Sapientia Floreat! is the school's motto that means “May she flourish in virtue and wisdom”. Students have a great sense of pride in their school and motto, and wear the proverbial “Queen’s Crown” in honour.

10. Devotions were usually a tedious formality that was kept outside in the sun and could be summed up in three words: Long, hot and boring.

11. The Holy Ground: Located in the middle of the school, it’s a well-kept lawn where students are not allowed except for devotions on a Tuesday or in cases of punishment.

12. The Pond: A forbidden area, but a common hang out spot for students. It’s fondly remembered by students from an older era and now houses the Sixth Form Block.

13. The Big Tree: Another chill spot for students.

15. Mr Davis, aka "Onie", was also a student favourite. He taught Geography and also served as coach for the SCQ team.

16. Being an all-female school has its privileges, among them is having two ‘big brother’ schools - Calabar High and Kingston College.

17. Sports Day is the only time that jeans were allowed. Admittedly the rules may have changed to suit current times. But way back in the day, students were allowed to wear sneakers and jeans on Sports Day.

18. Christmas Carol Service: Held at St Andrew Parish Church, students walked in files from the school to the church for service. Students also walked back from the church to the school but some would deviate to go to Burger King during the traipsing back.

19. The Beast Block Bomb Scare: The exact date of the incident is debatable as memories have become clouded over the years.  Allegedly someone had called the school claiming to have planted a bomb, coincidentally before an earth tremor. When the buildings started to shake, students and teachers alike ran screaming over the ‘bomb’ (some even jumping from the first floor to the ground), only to find out later that it was an earthquake.