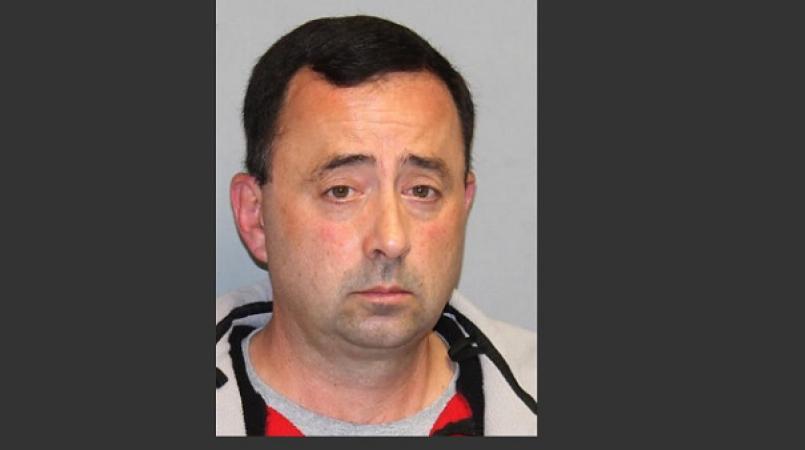 The lawsuit against Dr. Larry Nassar, Michigan State, USA Gymnastics and a Lansing-area gymnastics club was filed in federal court in western Michigan. It makes claims of civil rights violations, discrimination and negligence.

The Associated Press usually doesn't name people who allege sexual abuse, but one of the plaintiffs, Rachael Denhollander of Kentucky, talked publicly about the lawsuit. She said she was assaulted by Nassar in 2000 when she was 15 and visited him because of wrist and back injuries.

Denhollander, who was a gymnast, said she didn't file a complaint at the time because she believed her "voice would not be heard." She said Nassar was held in high esteem at Michigan State. He also was affiliated with USA Gymnastics.

The abuse alleged by the 18 women and girls occurred over 20 years. Most were minors at the time and "cloaked with innocence and trust of their youth," attorney Stephen Drew told reporters.

Nassar now faces at least five lawsuits. Through lawyers, he's denied the allegations. He's also charged with possessing child pornography and sexually assaulting a girl at his Holt, Michigan, home and is being held in jail without bond.

In a statement, Michigan State declined to comment on the lawsuit but said campus police are investigating Nassar with state and federal authorities. Outside lawyers also are advising the university on an internal review of Nassar's clinical work. He was fired in 2016.

There was no immediate comment from Indianapolis-based USA Gymnastics. The group has cut ties with Nassar.

FEATURED IMAGE CAPTION: This Nov. 21, 2016 file photo provided by the Michigan Attorney General's office shows former USA Gymnastics team doctor Larry Nassar. Nassar, who has been accused of sexually abusing gymnasts, was hit with a new lawsuit filed in federal ccourt in western Michigan on Tuesday, Jan. 10, 2017 by 18 women and girls who say they were molested by him, mostly at his clinic at Michigan State University.