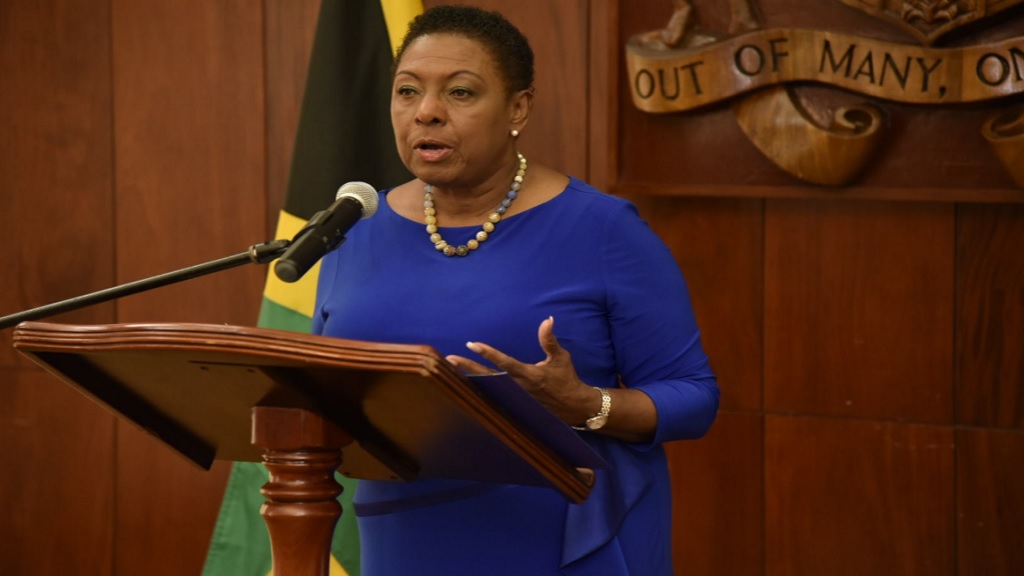 The Minister of Sport, Olivia Grange, said the Government spent more than $160 million in 2018 to upgrade the country’s sport infrastructure at the national and local levels.

Grange, who was making her contribution to the 2019/2020 Sectoral Debate in the House of Representatives on Tuesday, noted that the basketball facility at Independence Park was upgraded through the installation of seating and a new synthetic playing surface at a cost of $27.4 million while the Stadium East track was resurfaced at a cost of $71 million.

In addition, the aquatic facility at the National Stadium was upgraded in preparation for regional games; and the Azteca Maryland field renovation completed.

Meanwhile, the Minister informed that the Public Investment Management Secretariat (PIMSEC) has given conditional approval for the upgrading of the National Stadium to make it more customer-friendly and more compliant with international sports governing bodies.

The entity has also given approval for the development of the Trelawny Stadium to the point where it could be placed at the centre of the country’s sport tourism thrust.

“PIMSEC has given conditional approval for both projects and provided the funding to engage a consultant to develop a business plan for the development and operation of both facilities,” Grange said.

Veronica Campbell-Brown's statue to be unveiled during Heritage Week

Grange intervenes in dispute between JFF and Cedella Marley