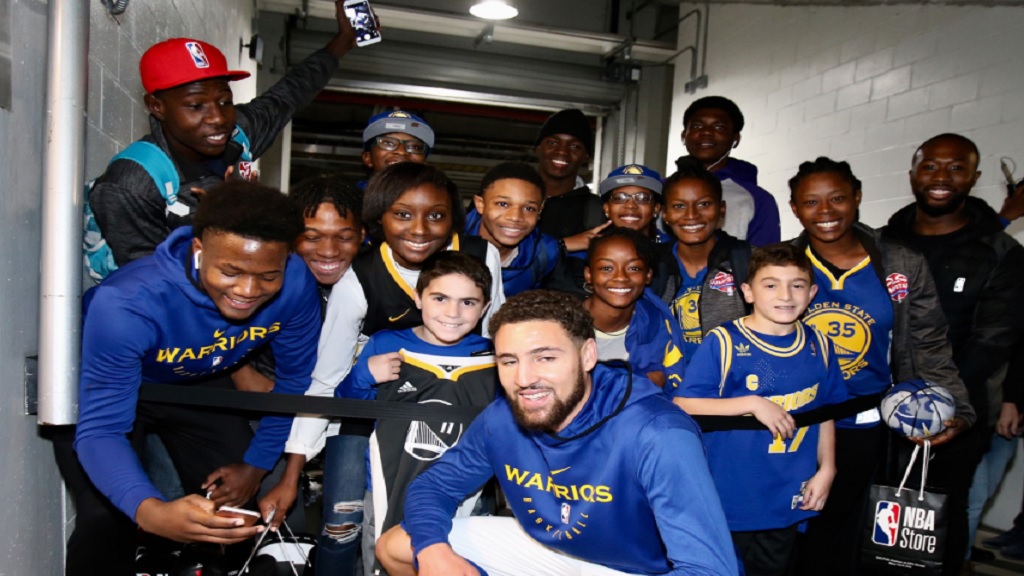 As part of the experience, participants will attend two NBA games – Brooklyn Nets vs Houston Rockets on November 1 at Barclays Center and New York Knicks vs Sacramento Kings on November 3 at Madison Square Garden.

The young players were selected by former NBA player Caron Butler, Charlotte Hornets assistant coach Nate Mitchell, Dallas Mavericks assistant coach Stephen Silas and Westchester Knicks (NBA G League) head coach Derrick Alston following the Digicel NBA Jumpstart Elite Camp this summer. The camp brought together 34 of the top Under 17 basketball players in the region, the majority of whom were invited following their performance at the Digicel NBA Jumpstart clinics that were held in Trinidad & Tobago, Jamaica and Barbados earlier this year.

“There are so many talented boys and girls in the Caribbean who don’t often get the opportunity to be seen or trained by internationally recognised experts in the field. Our own local coaches across the region do amazing things with these kids and this is further reinforced by programmes like Digicel NBA Jumpstart. This partnership offers players and coaches exposure to NBA standard training, while also providing them with inspiration to grow the game across the region,” said Digicel Group Sponsorship Manager, Tari Lovell.

NBA Sr. Vice President, Latin America, Arnon de Mello stated that “in the six to seven short months since the initial camp, these players have shown immense progress, earning them each the coveted spot for the Digicel NBA Jumpstart NBA Experience and we want to congratulate them for this achievement.

“We are proud to provide young players from the Caribbean with the unique opportunity to visit New York City to train with NBA coaches, attend NBA games and experience the local culture.

“In its fifth year, Digicel NBA Jumpstart has been a key component of our commitment to growing the game in the Caribbean and all of Latin America.”

In addition to this programme, Digicel and the NBA have worked together since 2015 to deliver live games and extensive NBA programming to more than 25 Caribbean territories through SportsMax and the SportsMax app – making Digicel the Official Communications Partner of the NBA in the region.

The 2019-20 NBA season started October 22, and basketball fans can catch all the action, on-the-go, via the SportsMax app.