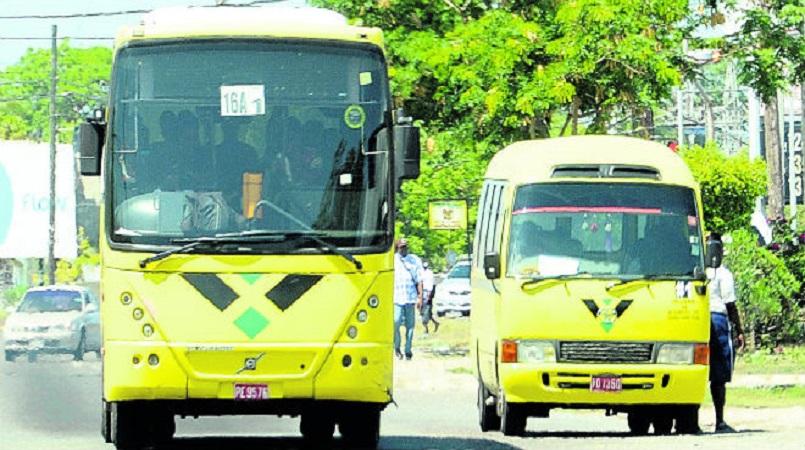 File photo of a buses on a road in Jamaica.

When you have to ride the blinkin bus, it make Christian cuss – Lloyd Lovindeer

Riding the public passenger transport system in Jamaica is not for the faint of heart, especially the bus. There are some experiences riding the bus that can make you laugh out loud, cringe in fear or simply stare in amazement. Loop News will list some of those experiences many of us have had 'inna di bus'.

Sleeping ugly? – There are some passengers who, the minute they board a bus and take a seat, they fall into deep slumber completely unaware of their surroundings. It gets worse when they start snoring loudly or drooling. This can be very disturbing for the person seated beside them.

Fight! - The bus can also be a very dangerous zone. In that cramped space, fights often break out and, if weapons are drawn, then escape routes for those not involved in the bust up are at a minimum. One Loop News reporter recalled a fight between a conductor and a passenger who refused to pay his fare, with one of the parties being injured after a knife was brought into play. "There was blood all over the bus and some even spilled on a few passengers," the reporter recalled.

Gone with the wind – Then there are some passengers who choose the time they are travelling in a packed bus during a bout of rainfall to break wind. It is a very unpleasant experience especially because all the windows are closed and there is no way to gasp for fresh air. It gets worse when the wind seems to be blowing from a place where a cow’s decomposing body lays. Phew!

Hold a fresh – The most unpleasant thing about travelling on the public passenger system can be the scent that emanates from other passengers. There are some passengers who stink – there is no other way to describe them. They will board the bus, sometimes early in the morning, and smell like they have not taken a bath for a month. The scent of sweat mixed with cologne or perfume can be quite nauseating. 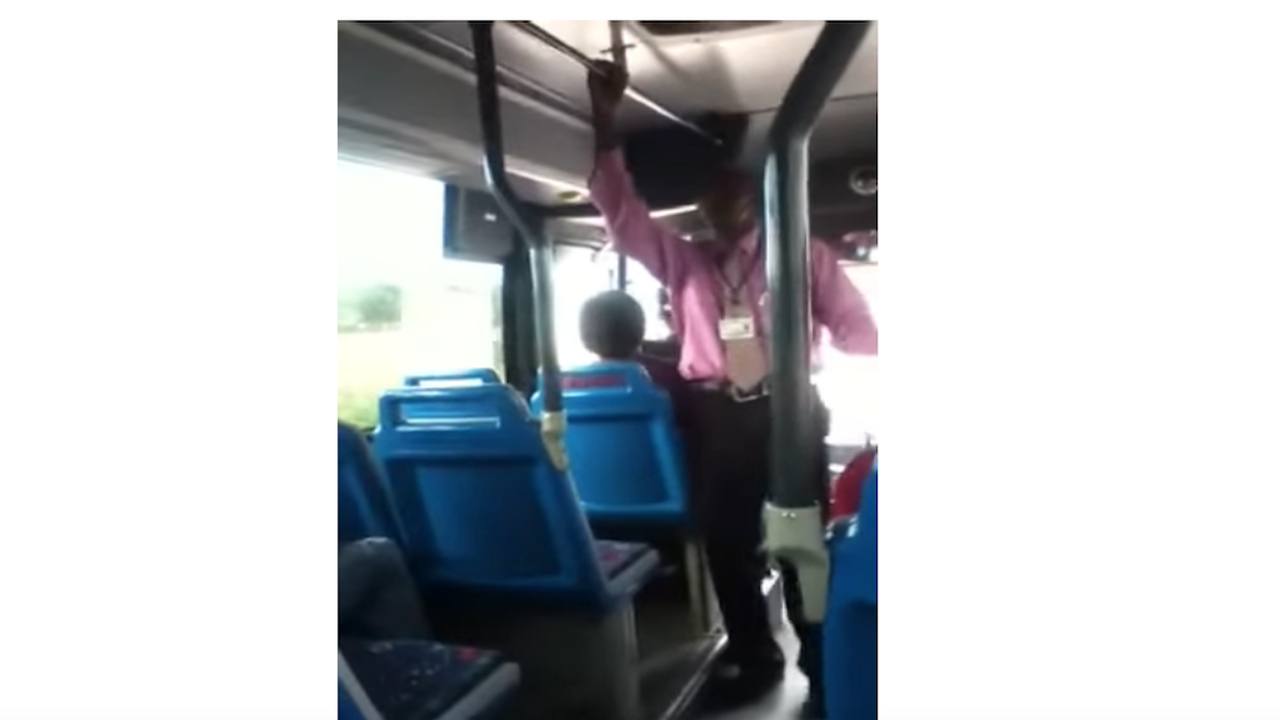 Bus preachers – Jamaica is largely a country based on Christian customs and many have no problem hearing the word of God. However it can be quite unsettling when one of the many bus preachers stands directly over the spot you are seated and begins to bellow his bible thumping message of hell and damnation. One commuter told Loop News that he was seated in a bus on his way to work when a preacher belted out the highest praise of Hallelujah only to feel a blob of mucus land on the shoulder section of his newly-laundered and neatly-ironed shirt. According to the passenger, he reeled off some choice Jamaican curse words much to the chagrin of other passengers who berated him for using ‘badwords’ to the man of God. The passenger said, in the end, he engaged in a shouting match with the passengers and the ‘preacher’ before exiting the vehicle feeling violated. Then there are those who are only preachers once they board a bus. Their only mission is to sell the word of God. One passenger related an experience where the man who was quoting scripture reeked of alcohol and, when questioned about it, told the passengers that Jesus had turned water into wine. There is even a video that went viral on social media of two so called preachers getting into a fight over who had the right to preach. May God go with them.

Begging – Begging comes in many forms and Jamaicans are especially gifted in the art of mendicancy. But those who board the buses can be particularly annoying and persistent. There is a man who travels the buses with a juice box. His face is hideous and he uses it as a tool to get his way. The man comes frighteningly close to your face begging you for a smalls and won’t take no for an answer. For fear of being violated by the man’s uncomely lips, many passengers quickly fork over something to get him out of their faces.

Hold on for dear life  - The minibus crews are notorious for throwing the safety of their passengers out the window.  Many lives have been lost due to dangerous, careless and reckless driving by these ‘drivers’. They overtake a line of traffic and force drivers of oncoming vehicles to take evasive action, swerve through traffic, race each other at breakneck speed and perform a host of other death defying tactics all in the name of chasing the dollar.

Waiting in vain – Then these crews have the disturbing habit of stopping at hubs like Half Way Tree, Cross Roads, Parade and Mannings Hill Road, and refuse to move unless they get a load. It matters not if their passengers need to conduct business. They will not budge and many scuffles have broken out between conductors and passengers due to this practice. Some conductors are also known to puff marijuana while standing on the bus steps in total disregard for their passengers, some of whom are sickened by the inhalation of second hand smoke. 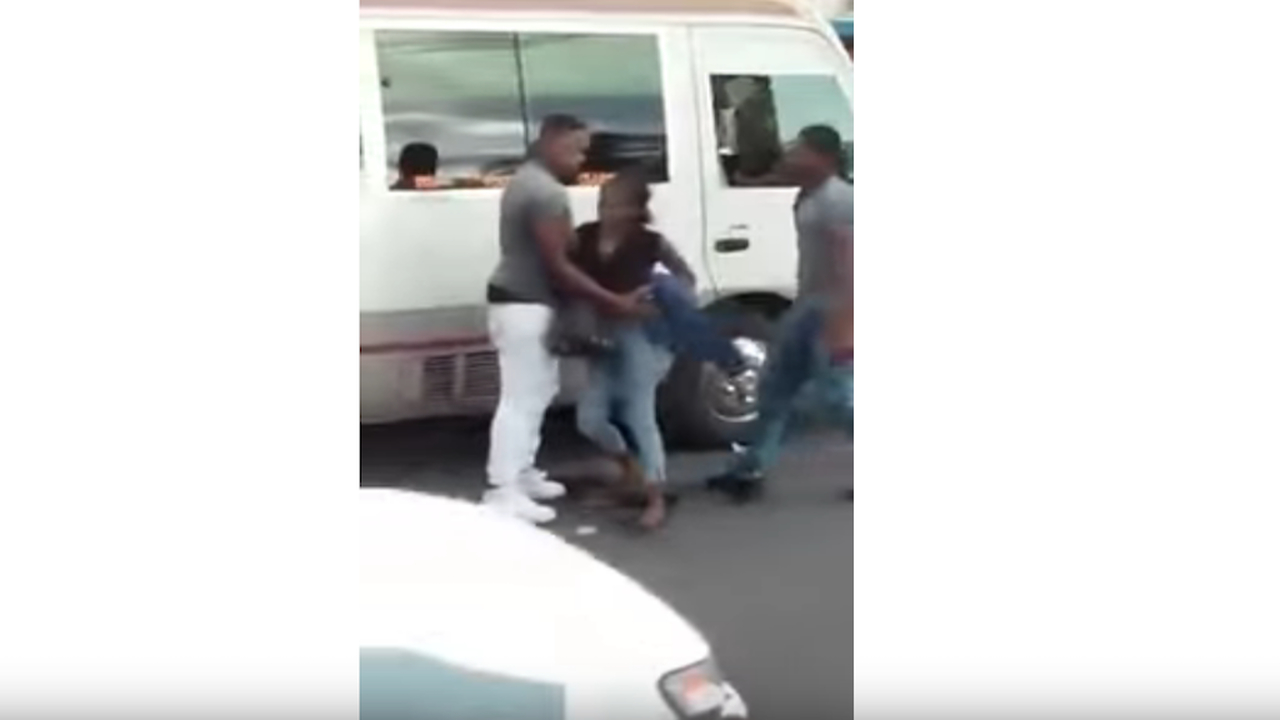 Loader men – for women especially, loader men are the scum of the earth. They identify a potential passenger and will even lift them off the ground and carry them into the bus to secure their share of the profits. They will grab away passengers’ bags and other luggage and place them on the bus regardless of the protests. One father battered a conductor for lifting his daughter, exposing her undergarment in the process, and placing her in the front seat of a Toyota Coaster on Mannings Hill Road. That conductor will certainly never attempt such tomfoolery again.

Music – it is said that music calms the wildest beast, but what is played on some of these buses under the guise of music would chase away even wild beasts. It's no use trying to have a conversation while travelling on some of these buses. The music is loud, expletive-laced and is a disturbance. It gets even worse if an adult is travelling in the hours just after school is let out.

Pick pockets – These thieves are very cunning and usually travel in groups. They love packed buses and, before an unaware passenger realises, their money and other valuables are gone from their pockets or hand bags. When caught in the act, they can be very violent and have been known to severely injure passengers. The flip side is many have been beaten to death or close to death by frothing mobs.