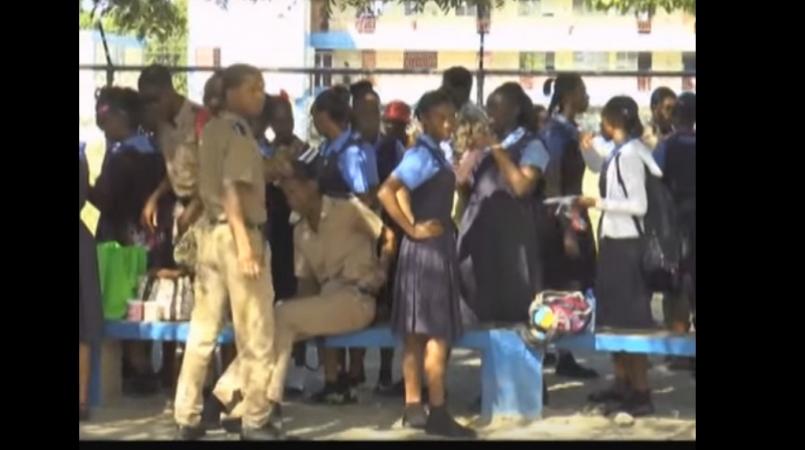 The Manning's School, located in Savanna-la-mar, Westmoreland, represents what many deem to be the flagship education centre in the Parish.

At 278 years old, Mannings is the second oldest school in Jamaica (behind Wolmer's) and boasts a rich history.

Students at the school believe in their motto, ‘Vita Sine Litteris Mors Est’, which means Life without Learning is Death, and this has shaped a proud 'blue blooded' school culture over the years.

Have a chat with any Mannings past student and he or she will tell you that the school is the best in Jamaica - not just because of the institution's  commitment to academic excellence, but because of a fun school environment that created long lasting memories. Some notable Manning's alumni are Attorney General Marlene Malahoo Forte, Member of Parliament Dwayne Vaz and journalist Emily Shields.

This list won't apply to every former Manning's student throughout the school's history. But, if you graduated in the last 15 years (or more), you're likely to identify with at least a few things on the list!

Here are some things you'd only know if you attended Manning's School:

1. Love in Action was the known couple hot spot at the school. These were benches under a string of willow trees where couples could be seen displaying public affection for one another at its maximum.

2. The library building was a historical landmark and also a known 'go to' spot for sixth form students who often slept in between classes there.

3. The singing of the school song was soft until the very last line of the song when everyone would then shout "THAT WE REMEMBER THEE OUR OLD DEAR MANNING'S SCHOOL".

5. The most "popular" icon at the school was the Vice Principal, Mr Coote, who seemed to be at the school for aeons. He  was known as "Pear Head Coote" (not to his face lol) because, you guessed it, his head was shaped just like a pear.

6. When it came down to watching competitive games such as football, the 6th form students always got the best view. Manning's students' view of games was based on hierarchy. If you were a first form student, good luck seeing the field at all!!!

7. Manning’s students, current and past, are always correcting persons and defending the correct name of the school. "It’s not Manning's High School. It’s THE Manning's School", feeling a sense of entitlement /superiority to other schools in the parish.

8. First to fifth form students went to school in envy of the 6th formers. One main reason was the privilege you were given as a six former to bypass all long lines.

9. When you’re at school and the KFC aroma hits, you cut through the school farm to satisfy your craving!

10. There were “random’ searches for phones at school and, afterwards, there were phones - that evaded capture - falling from trees, being removed from garbage bins and other crazy places on the campus!

11. The 'Magic All Purpose' yellow pill given to you by the nurses quarters for any and every illness or pain.