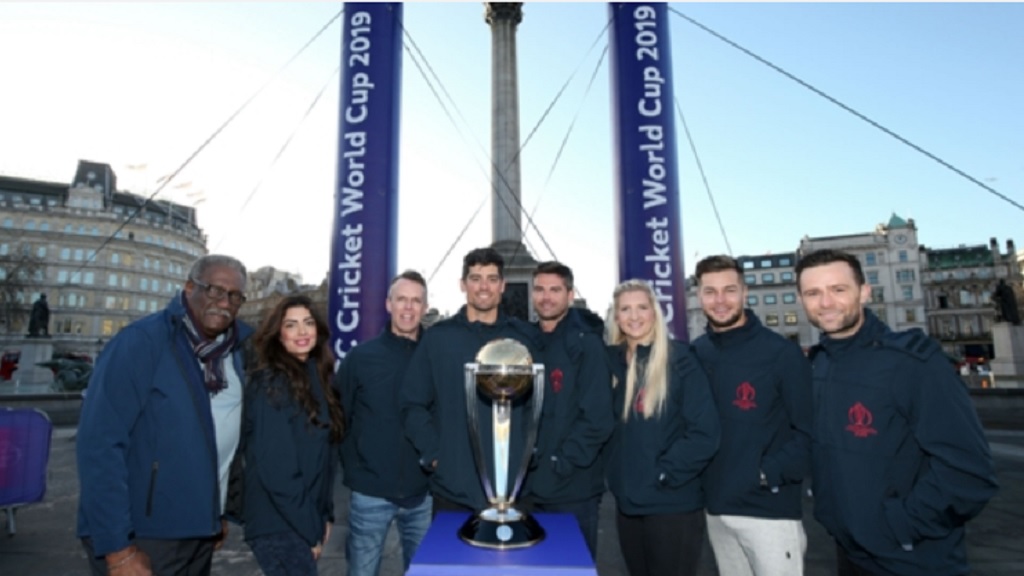 With 100 days to go, the Cricket World Cup takes over Trafalgar Square.

London's Trafalgar Square was the scene of a takeover on Tuesday as Cricket World Cup organisers marked 100 days to go before the start of the tournament.

Hosts and favourites England, the number-one team in the ICC ODI rankings, kick the matches off against South Africa at the Oval on May 30 - the start of six weeks of action in what promises to be a thrilling 12th edition of the event.

The likes of Clive Lloyd, who captained West Indies to glory against Australia at Lord's in the inaugural World Cup in 1975, was among those in attendance at one of the English capital's most famous landmarks.

Legendary England cricketers Alastair Cook and James Anderson were also present, as were a number of celebrities from the sporting and show business fraternities.

Lloyd, who made a century in that triumph over Australia and also led the Windies to a successful defence of their crown four years later, is backing his nation to lift the title for a third time.

"100 days to go to the World Cup and I'm sure the West Indies will be there, and probably win it! Good luck to them," he said.

The 10 sides will play each other once, with the top four teams at the end of that round-robin phase advancing to the semi-finals, with the decider to be played at Lord's on July 14.