10 more COVID-19 cases, including 5 from cruise ship in Falmouth 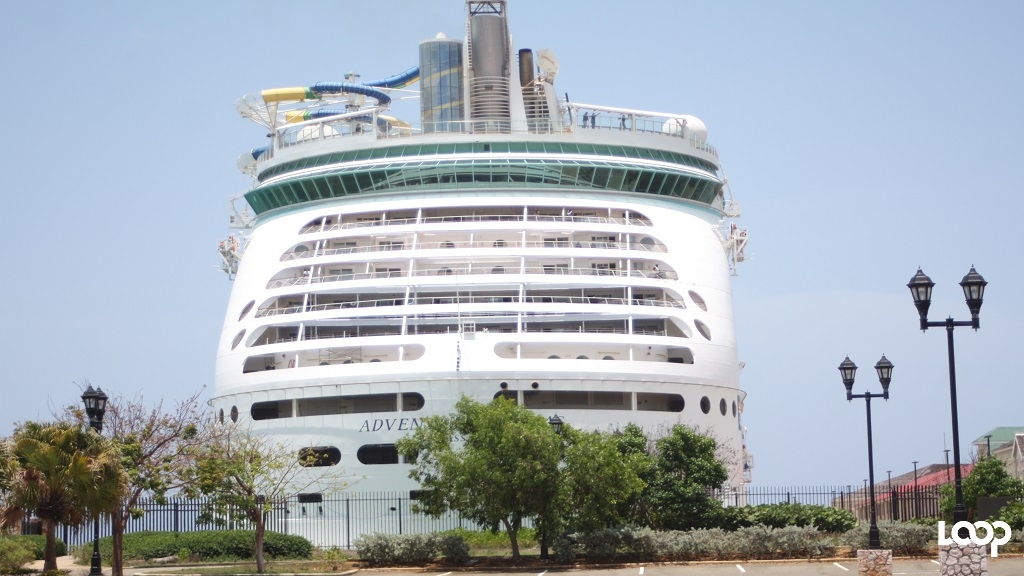 The Adventures of the Seas docked at the Falmouth Cruise Ship Pier in Trelawny. So far five persons from among 200 passengers who disembarked from the vessel on Thursday have tested positive for coronavirus.

Within the last 24 hours, 10 samples have tested positive for COVID-19, bringing the total number of confirmed COVID-19 cases in Jamaica to 544.

The 10 new cases consist of six males and four females with ages ranging from four to 61 years.

In the meantime, 10 more patients have recovered and have been released from isolation, bringing that total to 191 (35.1 per cent recovery rate).

There are now 344 (63 per cent) active cases, with no moderately or critically ill patient.

Five of the new cases are from the repatriated Jamaicans who arrived on the cruise ship in Falmouth, Trelawny on Tuesday. Of these imported cases, there are four males and one female. Two have local addresses in St James, one in Manchester, one in St Catherine, and one in Hanover.

The remaining five cases consist of one male and four females. Three are from Kingston and St Andrew and two from St Catherine. Among these are three cases which are contacts of confirmed cases and two that are under investigation.

Some 376 new samples were tested within the last 24 hours, bringing the total number of samples tested in Jamaica to 9,554, with 8,934 negatives and 76 pending.