$1 billion Christmas work programme to get underway next week 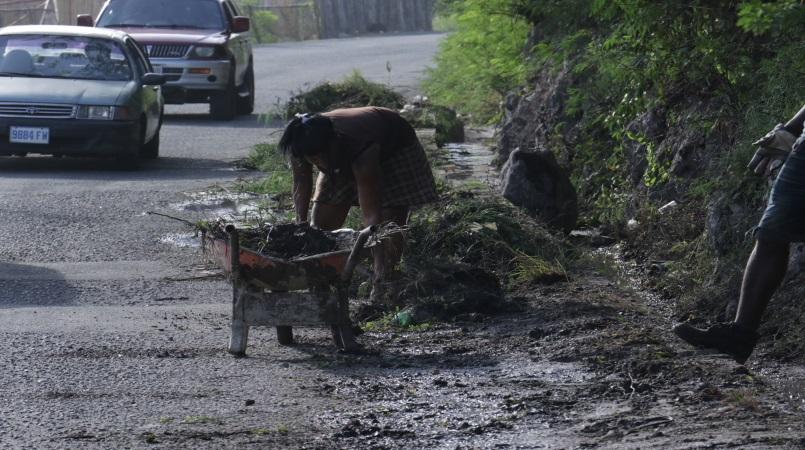 Nearly $1 billion will be spent over a two-and-a-half week period from November 19, under what the Government refers to as phase three of the Cyclical Mitigation programme, to conduct de-bushing and drain cleaning as well as the patching of potholes in all 63 constituencies.

Normally dubbed the Christmas work programme, Prime Minister Andrew Holness, who made the announcement in the House of Representatives on Tuesday afternoon, said a total of $997 million has been set aside for the work activities. He said the implementing agencies will be the National Works Agency (NWA) and the National Solid Waste and Management Authority (NSWMA).

“Mr Speaker at every stage there will be checks and balances to ensure value for money. This is not giveaway work. If there is no work then there will be no pay,” Holness stressed.

He explained that each Member of Parliament will be allocated $12 million. Of the amount, $6 million will go towards de-bushing and drain cleaning, $5 million towards the patching of potholes and $1 million towards sanitation.

The Prime Minister explained that the sanitation component, to be carried out by the NSWMA, is of utmost importance as, too often, he said, the debris is not removed after the exercise and often washes back down into drains.  He said $100 million has been allocated to the NSWMA for this purpose.

Holness said MPs should start consultations this week, during which they must submit their programme of work which would include the number of workers and “before photos”. He said actual work will commence next Monday, November 19 and will conclude on December 7. Thereafter, the NWA will conduct inspection and certification of work sites and payments will be made on December 13 and 14.